You are here: Home / Life Adventures / Marriage is an Adventure…

Who ever said that marriage was easy… Lied.
It’s dang hard work – but oh so worth fighting for.

I believe that Marriage is an Adventure… and I’m happy to say that I made it official & signed up and for a crazy roller-coaster of an adventure 26 years ago today on November 26th,1988.

We weren’t High School Sweethearts, we didn’t meet each other at a party, or get introduced by a friend of a friend. Truth be told – I think it was fate – I truly believe that we were meant to be. Let me explain… (in the ‘coles’ notes version)

It’s closing in on the end of our High School careers and soon time to move on to further education – with our University choices submitted, it was time to wait and see which ones chose us. Let me say that my husband George and I still have not yet met – but we’ve a few of the same Universities on our lists.

Oddly – we didn’t choose University. But had we each made a choice, we would of ended up at the same University (in different programs) – so our paths would likely have crossed. Instead… we each opted to fast track our education – and both chose DeVry School Of Business as our option – starting in the summer – right out of High School.

And here’s where our crazy adventure begins… hang on because it goes kinda fast!

Why did it all happen so fast – why did we get married after only knowing each other for such a short time… Well – in all honesty – I believed that if I said NO – he’d never ask me again!

This quote kind of sums it up:

“Don’t marry the person you think you can live with;

marry only the individual you think you can’t live without.”

It hasn’t all been a piece of cake, but it sure has been an adventure.
But that’s what life is – right… an adventure.

Here’s a short list of what I’ve learned thus far:
(I’ve learned so much more than I can put into today’s post – so stay tuned for more thoughts at a later date. )

The list of ‘lessons earned’ could go on and on – as I have 26 years of learning and growing in my marriage to account for – but this is a pretty good list off the top of my head…
Feel free to add your thoughts in the comments below.

Here’s a few more quotes about marriage that I thought I’d share:
(I’m a quotes kinda gal in case you didn’t know) 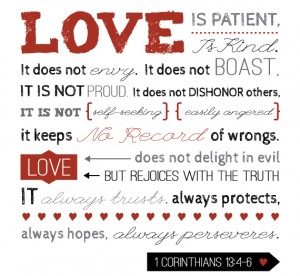 “A successful marriage requires falling in love many times, always with the same person.” ~ Mignon McLaughlin

“When I tell you I love you, I don’t say it out of habit or to make conversation. I say it to remind you that you’re the best thing that ever happened to me.” ~ Unknown

Care to share your thoughts on the adventures of marriage?
I would love find out what you’ve learned along your marriage travels – let’s chat in the comments section below.

P.S… Thanks to stopping by to hear my story.